Our original 1928 Ahrens Fox entered service with us in 1932. She is in full operating condition, and stored inside our 848 Boston Post Road headquarters as a show piece. Purchased from Ahrens Fox in NJ, it was a demonstrator. "King Kong," as the apparatus is affectionately named, features a 750 gpm water pump (though has pumped up to 1,000 gpm), a 30 gallon gas tank, and 100 gallon booster (water) tank.

The Fox was originally a demonstrator for the FDNY, and while operating at a fire in New York City a building collapsed on her. She was rebuilt at Ahrens Fox, then purchased by us. The FDNY generously invited Darien Fire's Ahrens Fox to be prominently featured in the New York City parade in the 1970's, where she was driven onto Rockefeller Center. 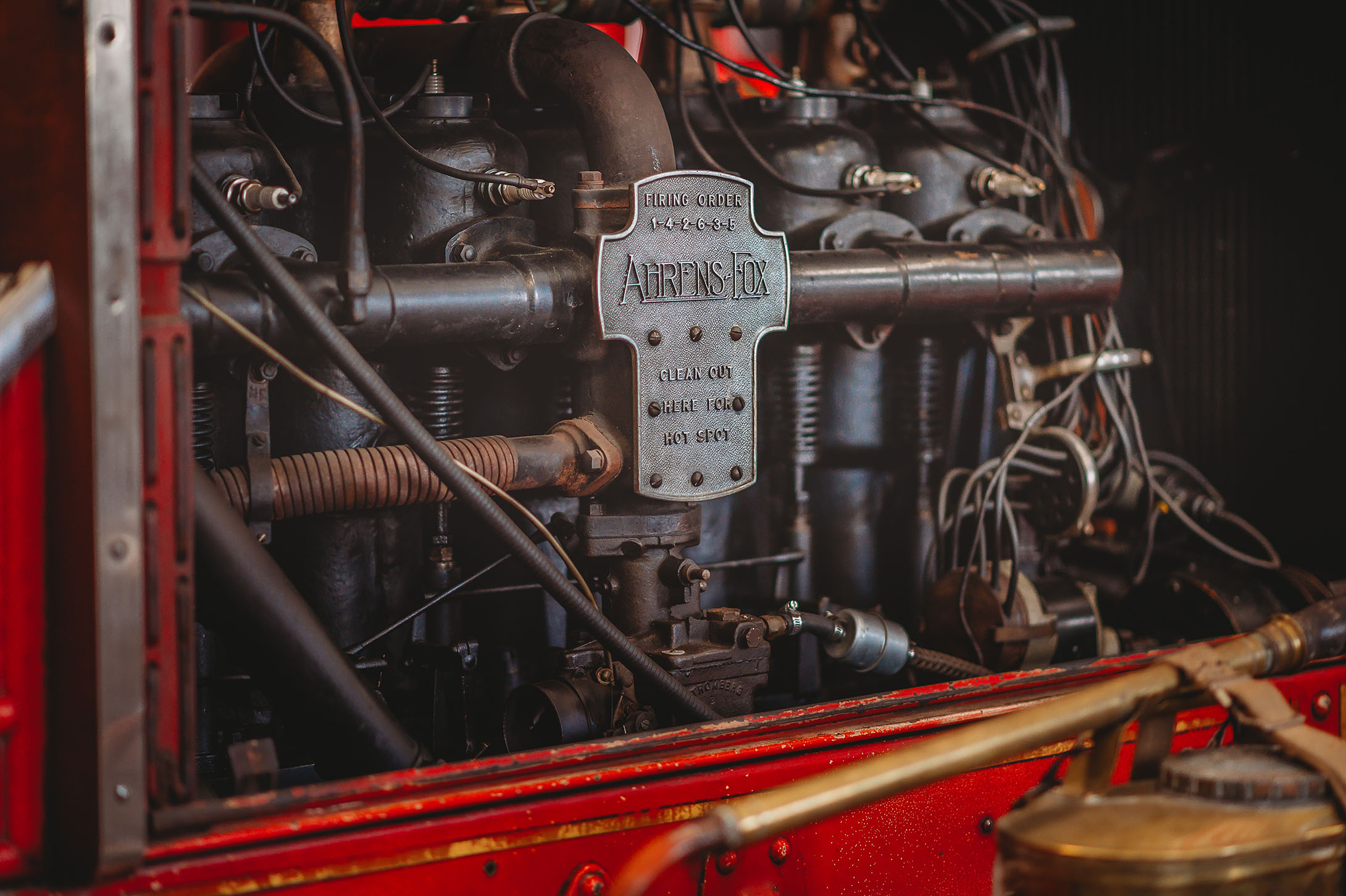 The appartaus is a straight-six Hercules engine with two plugs per cylinder. She features a dual ignition magneto/distributor that can operate independently. The pump is piston driven. The truck has approximately 96 horsepower, is a three-speed, and has no brakes on the front axle making for interesting driving in snow storms; her only brakes are on the rear and drive shaft.

There were approx. 11 of the MX4X models built. The registration number of our model MS4 is #1755, while her sister apparatus #1754 went to Pawcatuck, CT and is now lovingly owned - and being restored by - a private owner in South Carolina. At the time of purchase, our 1928 Ahrens Fox was considered the Cadillac of fire apparatus. "King Kong" saw service with Darien fire from 1932 to 1957 as Engine Co. 1. Today she sits in our 848 Boston Post Road headquarters in full operating condition, where she is used as a show piece. 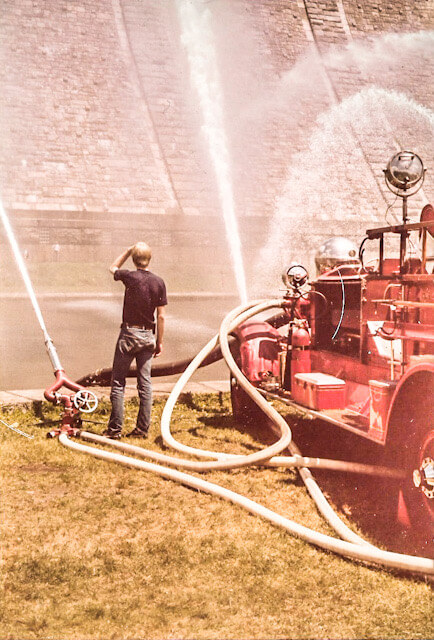 Everything on this apparatus was made by Ahrens Fox, with exception of the electrical. The all-original gold leaf was hand painted by women, believed at the time they had a steadier hand, and features seven different gold leaf colors. The fenders have been replaced due to a collision with a Cadillac. Some chrome pieces were originally nickel, and when it began to flake some DFD members, who worked at Pitney Bowes at the time, would chrome plate the nickel.

Our Fox was - and still is - widely known regionally for her pumping capability and excellent condition. She frequently won awards at Musters across the tristate area, sometimes pumping above her nameplate 750 gpm up to 1,000 gpm. 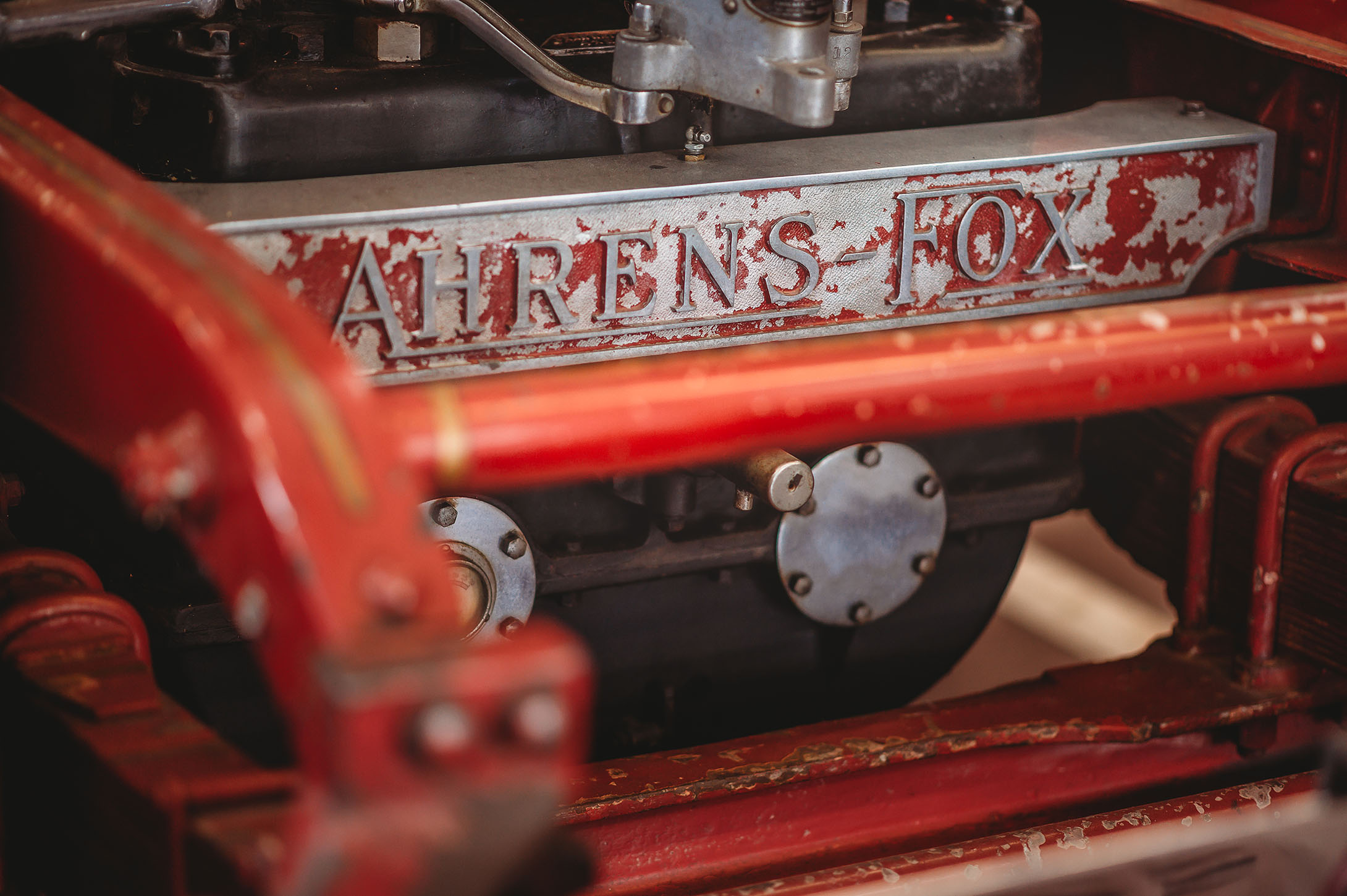 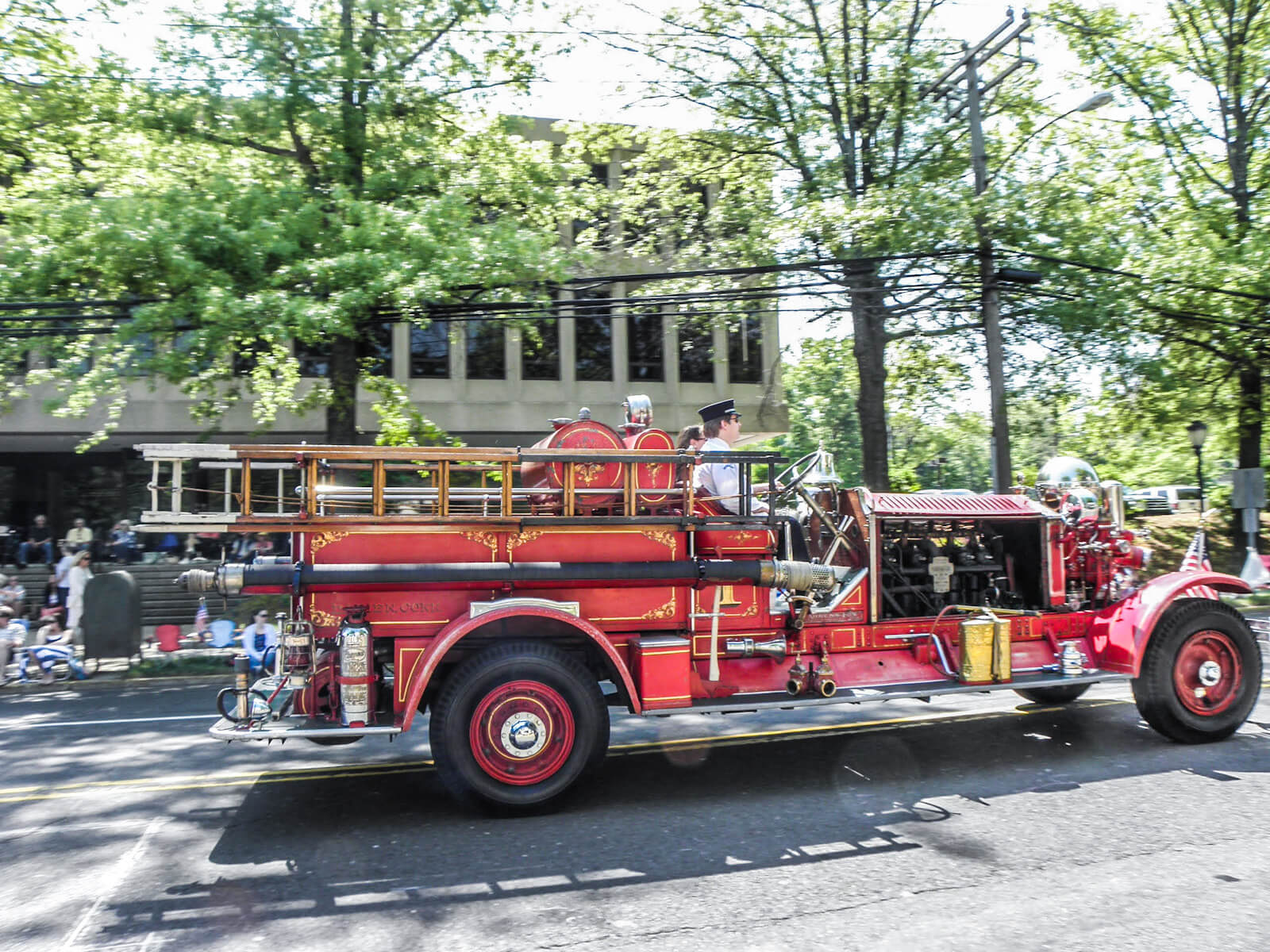 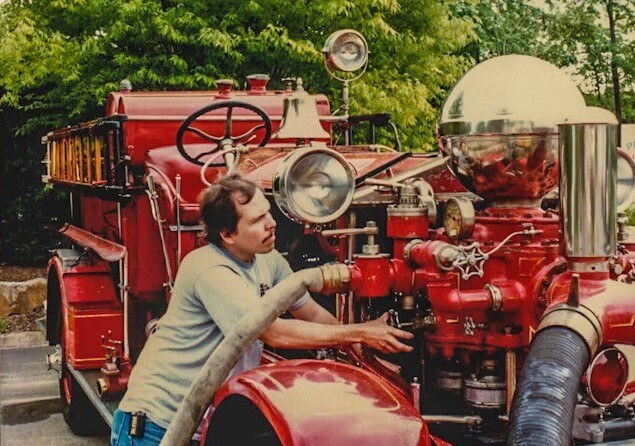 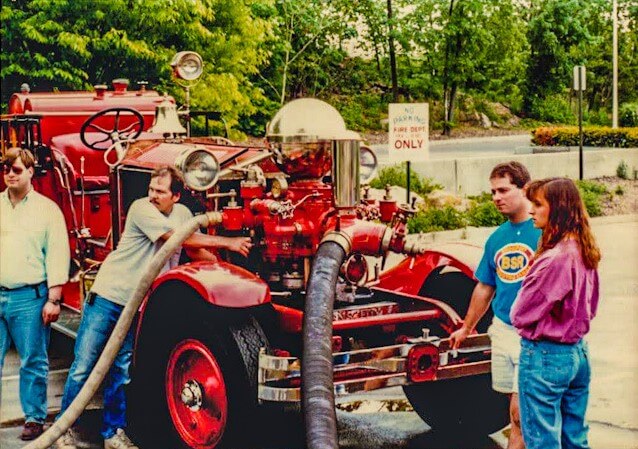 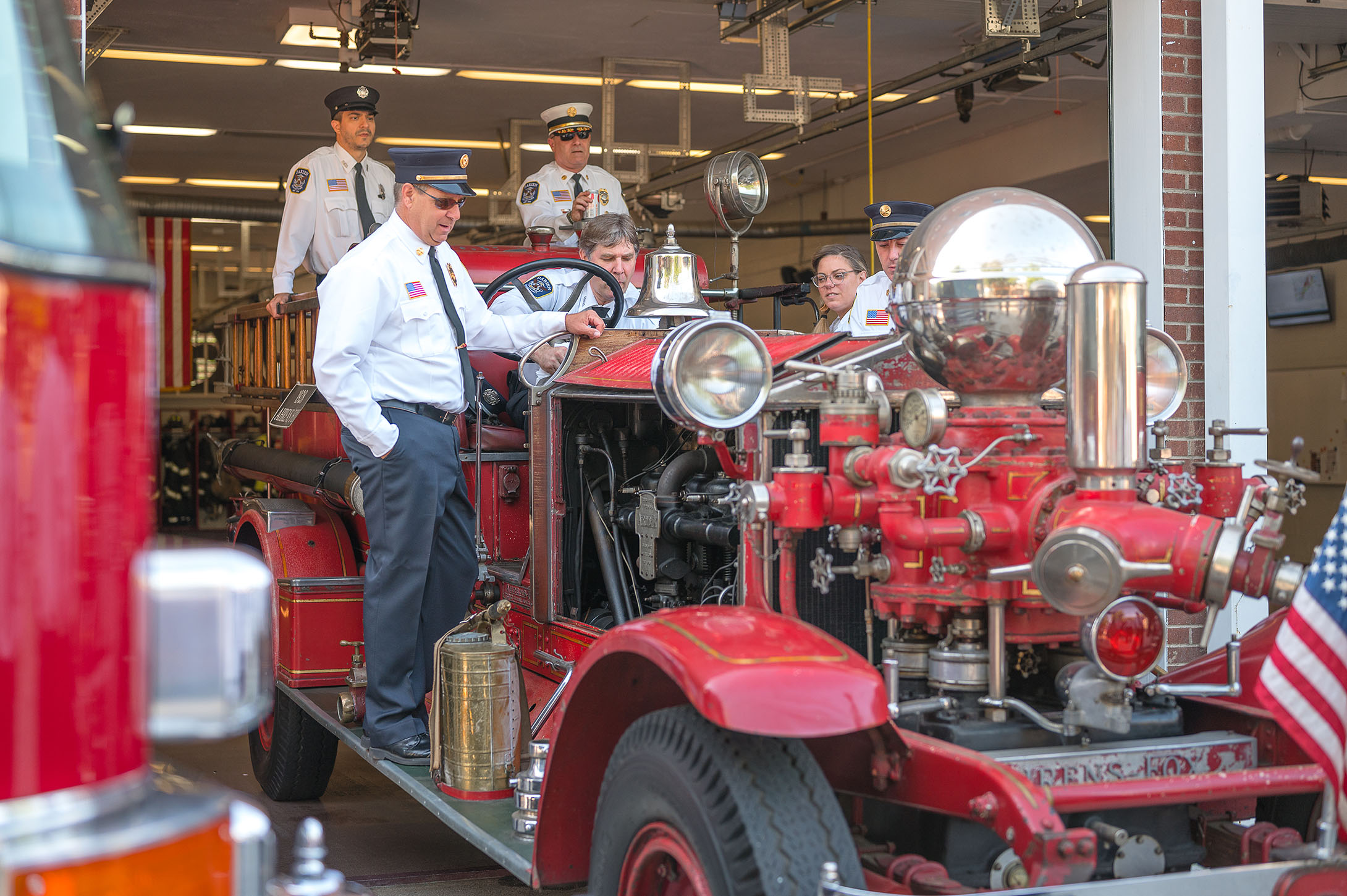 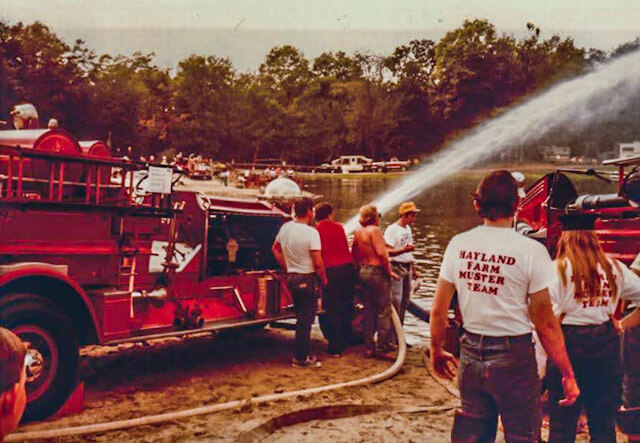 Learn how we prepare for any alarm, at any time.